New drivers and COR springlike effect are the rage this season as OEM's battle for your hard earned equipment dollars, but the golf ball might be making more of a difference in your game today than anything else on the market.  And Mizuno is bringing the new tour-caliber RB Tour and RB Tour X balls to the United States for the first time in company history as part of their 2019 global launch. 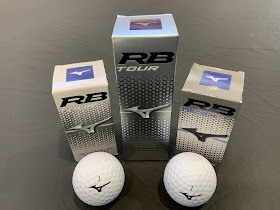 The RB Tour and RB Tour X golf balls promise optimum greenside feel plus excellent performance in the wind thanks to a new drag-reducing Cone dimple profile (C-Dimple), and could realistically take a big bite of market share in just its rookie year.  Let me tell you why.

The new dimple profile is the result of 12 years of wind tunnel testing at Mizuno's MT (Mizuno Technics ) facility in Yoro, Japan.  And as you might imagine - having your own wind tunnel laboratory means you also have a particular skill set in aerodynamics that's going to be pretty darn impressive. 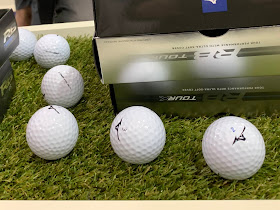 A quick look at the new RB golf balls and you'll see the C-Dimple design features different edge angles, shapes and diameters, and even total coverage compared to other golf balls on the market (in the pictures below I'm showing the two new RB balls along with a "practice" Titleist ball to illustrate the different dimple patterns and design differences). 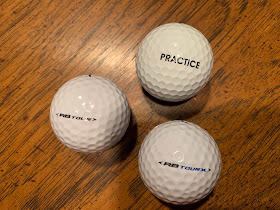 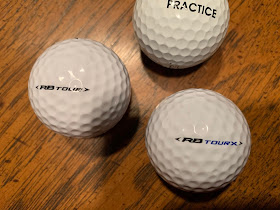 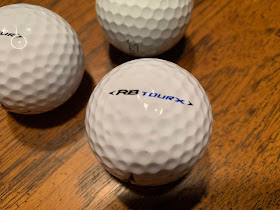 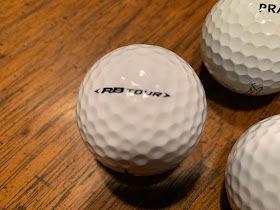 Already having built a reputation across Asia and Europe for producing a quality golf ball, Mizuno is excited about the U.S. launch after working with tour winners, elite amateurs, and emerging tour players, and from what I can tell early on that excitement is justified. 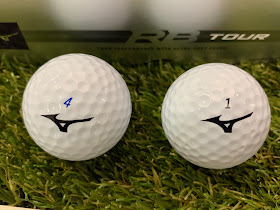 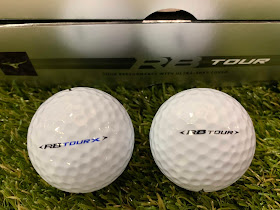 The C-Dimple creates more trigger points to keep fast flowing air closer to the ball’s surface for longer amount of time, and that simultaneously reduces drag and strengthens trajectory.  Under laboratory testing, a configuration of 360 Cone dimples was discovered to be the most effective at producing a controllable, penetrating driver flight, and creating noticeable distance gains on full iron shots. 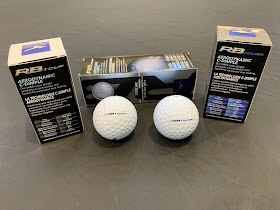 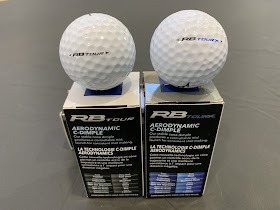 I hit both the RB Tour and RB Tour X at Demo Day while I took the new ST 190 drivers and JPX 919 irons for a test spin, and found the RB Tour to feel softer, and seemingly spin lower (especially with the driver) based on ball flight and dispersion.  Distance was incredible with both the driver and irons. 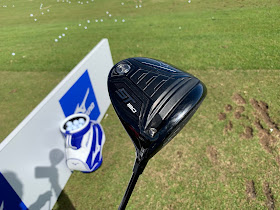 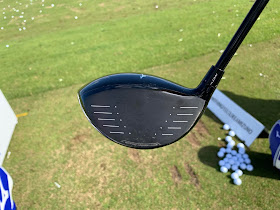 Although I couldn't actually measure spin with my irons and wedges, I still saw the sort of know it when you see it trajectories and landings that made me believe these balls are going to be extremely responsive and top-percentile performers around the green. 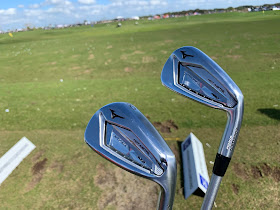 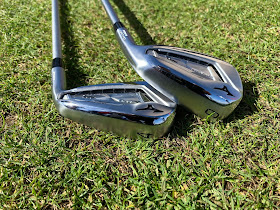 Mizuno says the RB Tour is more suited to downward angles of attack, while the RB Tour X is geared more towards flat or upward attack angles.  Both models will be available in February, and my initial impression was pretty much head-bobbing approval on most shots using them.  Mizuno's first ball foray into the American market is shaping up to be a Yankee Doodle Dandy. 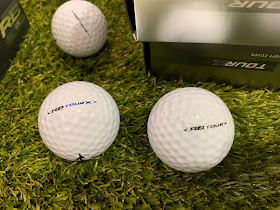