Nearly one year after the successful launch of the Equalizer wedge line, Ben Hogan Golf Equipment Company has introduced a full-line of Equalizer BLACK wedges that includes more loft options and finishes than ever before. 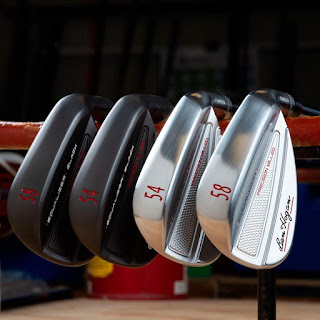 Named after the legendary Ben Hogan's famed "secret weapon, " the Equalizer BLACK wedges were initially introduced as a limited-edition set in late 2018.  Using a Diamond Black Metal proprietary finish (like on the Ft. Worth BLACK irons), these wedges offer reduced glare and better contrast with the ball.  And unlike dark, painted finishes offered by other club manufacturers, the Diamond Black Finish is up to seven times more durable than nickel chrome.


"Quite honestly, we were taken aback by the demand for the limited-edition Equalizer BLACK wedges we offered in 3-club sets last year.  Serious, accomplished golfers were frustrated that we were only offering them in 52, 56, and 60 degree lofts.  Given our factory-direct business model, we were able to receive and react to this feedback quickly.  Now, golfers can choose from three different gap wedges, three different sand wedges, and two lob wedges with either our traditional nickel chrome or Diamond Black Metal finish." 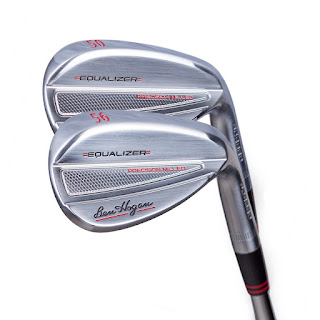 The Equalizer wedge is acclaimed for an unmatched pure feeling that provides tremendous feedback to the hands, thanks to single piece, forged 1025 carbon steel construction.  In contrast, most other premium wedges on the market are investment cast, which can lead to harsher sensations.

As a result of Ben Hogan Golf's successful factory direct-to-consumer business model, the unique performance features of the new line of Equalizer BLACK wedges are available at an extremely attractive price of $105 per wedge for steel or graphite (which is on average more than 30-percent less than the leading wedges in golf). 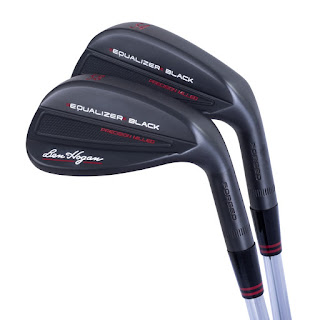 Equalizer wedges perform exceptionally well around the greens, and bear classical and contemporary Ben Hogan golf club aesthetics.  While most modern-day wedges are designed to get the ball up in the air as quickly as possible (and in turn, as highly as possible), the Equalizer wedges have been precisely engineered to do exactly the opposite.  And that's accomplished thanks to an ingenious progressive center of mass weighting system.

Ben Hogan Golf engineers moved more mass higher and around the edge of the club head in the lower lofted gap wedges to eliminate ballooning shots.  And then also incrementally lowered the center of mass in the sand and more highly lofted lob wedges for progressively higher launch angles.  The result is that Equalizer wedges perform exactly for their intended purposes. 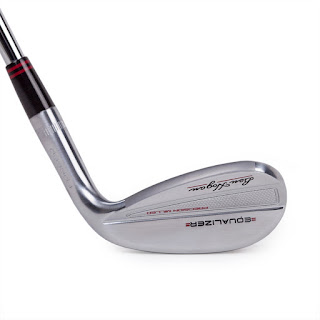 For maximum spin and stopping power, the Equalizer Wedges feature a milled face and grooves.  And the engineering team designed them with the most aggressive grooves allowed by golf's governing bodies so short approach shots have more stopping power on the greens.

All Equalizer Wedges have 0.20" U-Shaped grooves precisely cut into the face at increments of 0.40".  Machining the grooves into the face after the forging process is a time consuming extra step in the production process, but one that all golfers will appreciate. 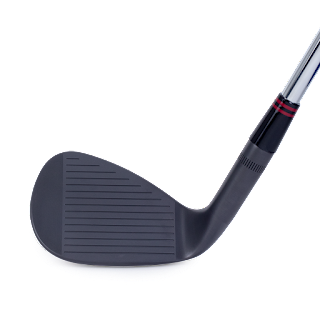 Additionally, the faces on all Equalizer Wedges are 100-percent CNC-milled, which ensures that the face is completely flat, and creates a textured surface between the grooves to provide the ultimate spin on less than full shots.

V-Sole Technology has long been a trademark of Ben Hogan irons and wedges, and the Equalizer wedges feature an enhanced and improved V-Sole Technology with a new sole geometry to fit a wider variety of golfers and course conditions.  This revolutionary technology was developed with the input of Tour players, and designed to allow the club head to cut through heavy rough or hard fairways more effectively. 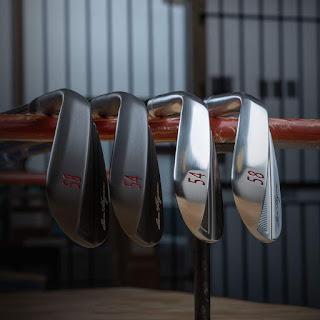 The bounce on the leading edge has also been slightly softened with more bounce added on the sole.  And this essentially prevents the club from digging into the ground for those players with a steep angle of attack. 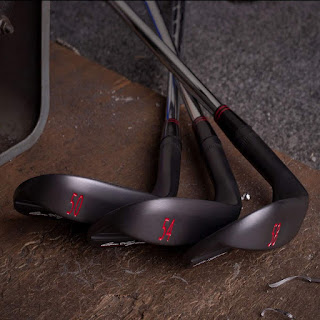 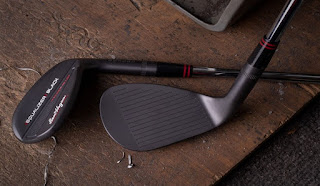 The Equalizer wedges are available for demo or purchase at www.BenHoganGolf.com exclusively.  And you can keep up to date on all the latest Ben Hogan Golf news by following them on twitter @BHGolfEquipment and on Instagram @benhogangolf.
Posted by PGAPappas at 11:58 PM